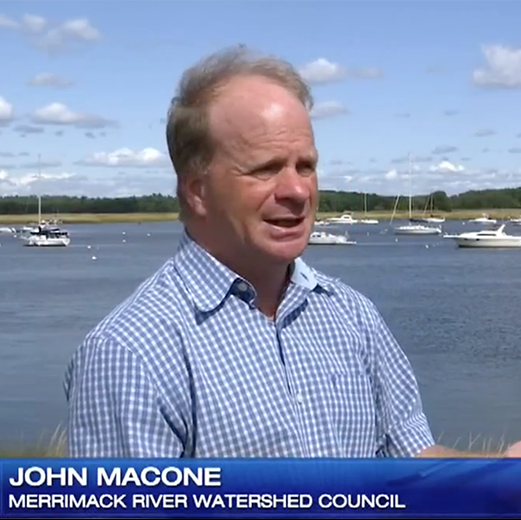 John Macone joined the MRWC in November 2017. He spent 25 years working as a journalist, most recently as editor of the Daily News of Newburyport. Having grown up along the Maine and Massachusetts coast, he’s long had a fascination with the ecology of local rivers and coastlines. In 2009 he won a national award from the Inland Press Association for an eight-part series on erosion issues facing Plum Island and Salisbury Beach. Prior to working at the Daily News, John was a reporter, and later city editor, at The Eagle-Tribune, where he covered the New Hampshire presidential primaries, the New Hampshire Statehouse and the Massachusetts Statehouse. He has also worked as a park ranger for the National Park Service and the State of Maine, and authored three books on greater Newburyport’s history. John holds a bachelor of arts degree in American history from Union College. He operates a small organic farm in Amesbury, and enjoys boating and fishing along the Merrimack and the local coast.