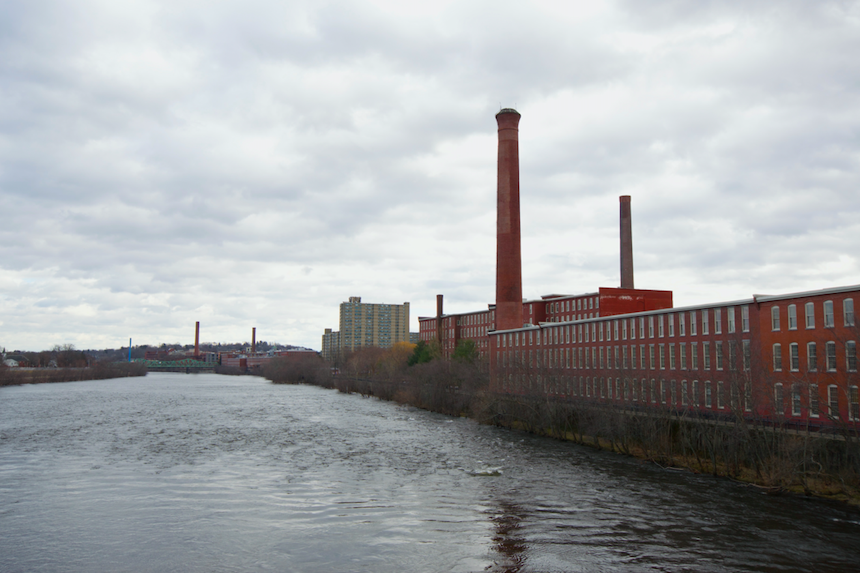 BOSTON – Merrimack River Watershed Council (MRWC) applauds Gov. Charlie Baker for signing into law a bill that will require sewage plants to quickly inform the public whenever they release untreated sewage into a river.

The long-awaited public alert system is expected to be in place by this summer, when tens of thousands of people will be boating, fishing and swimming in the Merrimack River.

The bill was first proposed nearly a decade ago, but failed to attract momentum. That changed in late 2017, when a major sewage release into the Merrimack River caused public concern and began raising questions about the state’s decades-long practice of not requiring that the public be notified when sewage discharges occur. MRWC credits an extraordinarily strong push by Merrimack Valley residents, political leaders, and media with providing the impetus that catapulted this issue to the front page and led statewide leaders to act.

“We’ve heard many comments from the Statehouse that the Merrimack Valley was the squeaky wheel that got this legislation passed,” said MRWC Executive Director Matthew Thorne. “The MRWC took a leadership role in pushing for this legislation, and we are so happy to see that it’s finally become law.”

The legislation requires sewage plants throughout the commonwealth to quickly alert the public whenever they release untreated sewage into a river, via a variety of means such as emails, text messages, websites, and “reverse 911” phone calls.

These sewage releases, known as Combined Sewage Overflows or CSOs, occur in older cities where street drains are connected to sewer lines. When heavy rainstorms occur, the sewage pipes fill up rapidly and sewage plants must release excess volume into the river to prevent sewage from backing up into homes, or flooding and damaging the sewage plant itself.

The untreated sewage contains bacteria and other contaminants that can be harmful to public health. Generally, it takes about 2 days for bacteria levels to decline to safe levels.

In the Merrimack Valley, three Massachusetts sewage plants are permitted to release sewage into the Merrimack River. They are located in Haverhill, greater Lawrence and Lowell. Two plants in New Hampshire – in Nashua and Manchester – are also permitted to release sewage into the river, however those two plants are not subject to the newly-passed Massachusetts law. MRWC is hopeful that New Hampshire lawmakers will file similar legislation.

The highest total in recent years occurred in 2018, when 850 million gallons were released.  That year had unusually heavy rainfall, about 125% above average. Data compiled by the federal Environmental Protection Agency predicts that New England will experience more frequent heavy rainstorms due to climate change, which is expected to increase the number of CSO sewage discharges.

Key components of the legislation are:

Thorne said the legislation is one aspect of MRWC’s long term plan to help sewage plants end the practice of releasing untreated sewage into the Merrimack – a river that provides drinking water to 600,000 people. The public notification bill provides people with important public health information, but it also brings attention to the ongoing issue of CSO releases. The long term solution is to help cities get the money they need to fix the problem, and that can only be done with financial help from the federal government.

“Our local sewage plant operators don’t want to be releasing sewage into the river. But they are forced to do it because their infrastructure isn’t able to handle the enormous amount of flow that occurs during heavy rainstorms,” said Thorne. “The cost of updating sewage lines is extremely expensive, and the cost is borne almost entirely by the people who live in economically-disadvantaged cities such as Lawrence. Years ago the federal government paid 85 percent of the cost of building sewage systems, now it is zero. The federal government needs to help solve this problem.”

MRWC acknowledges that this big step forward was championed and truly made possible by the leadership of the Massachusetts River Alliance. Our other partners and allies that made this happen include many wonderful organizations including, but not limited to the Mystic River Watershed Association, Charles River Watershed Association, Groundwork Lawrence, , Connecticut River Conservancy and Neponset Watershed.