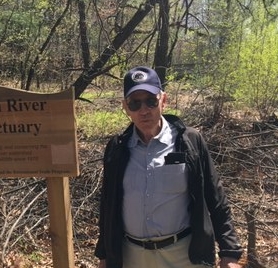 A graduate of Harvard College (B.A.) and Harvard Business School (M.B.A.), Maurice is retired from a 45-year career in the business world. He worked as a financial executive and turn-around business consultant, spending his early years in mainframe computer sales for Honeywell, Inc. He migrated to internal financial management, serving as division controller for the Dennison Manufacturing Co. in Framingham, Mass. He then advanced through a series of executive positions, which included controller at Malden Mills, Inc. in Lawrence, Mass., corporate controller at the Jamesbury Corp. in Worcester, and vice president for finance and administration at the Phalo Corp. in Westborough, Mass. During the second half of his business career, Maurice served as president of Maurice Balboni & Associates, a consulting firm specializing in business turnaround and crisis management. He is a former member of the MIT Enterprise Forum and the Financial Executives Institute. Until 2014, Maurice was a trustee of the Lawrence General Hospital, and during his 25-year tenure there served for two decades as its treasurer and, at intervals, chair of its Finance Committee, Audit Committee, and Investment Committee. He currently sits on the Board of Trustees of the nonprofit Elder Services of the Merrimack Valley, where he is a member of its Finance Committee. Maurice is keenly interested in the theory and practice of conservation—an idea that includes rivers and other natural resources, as well as pretty much everything else. He lives in Andover, Mass.